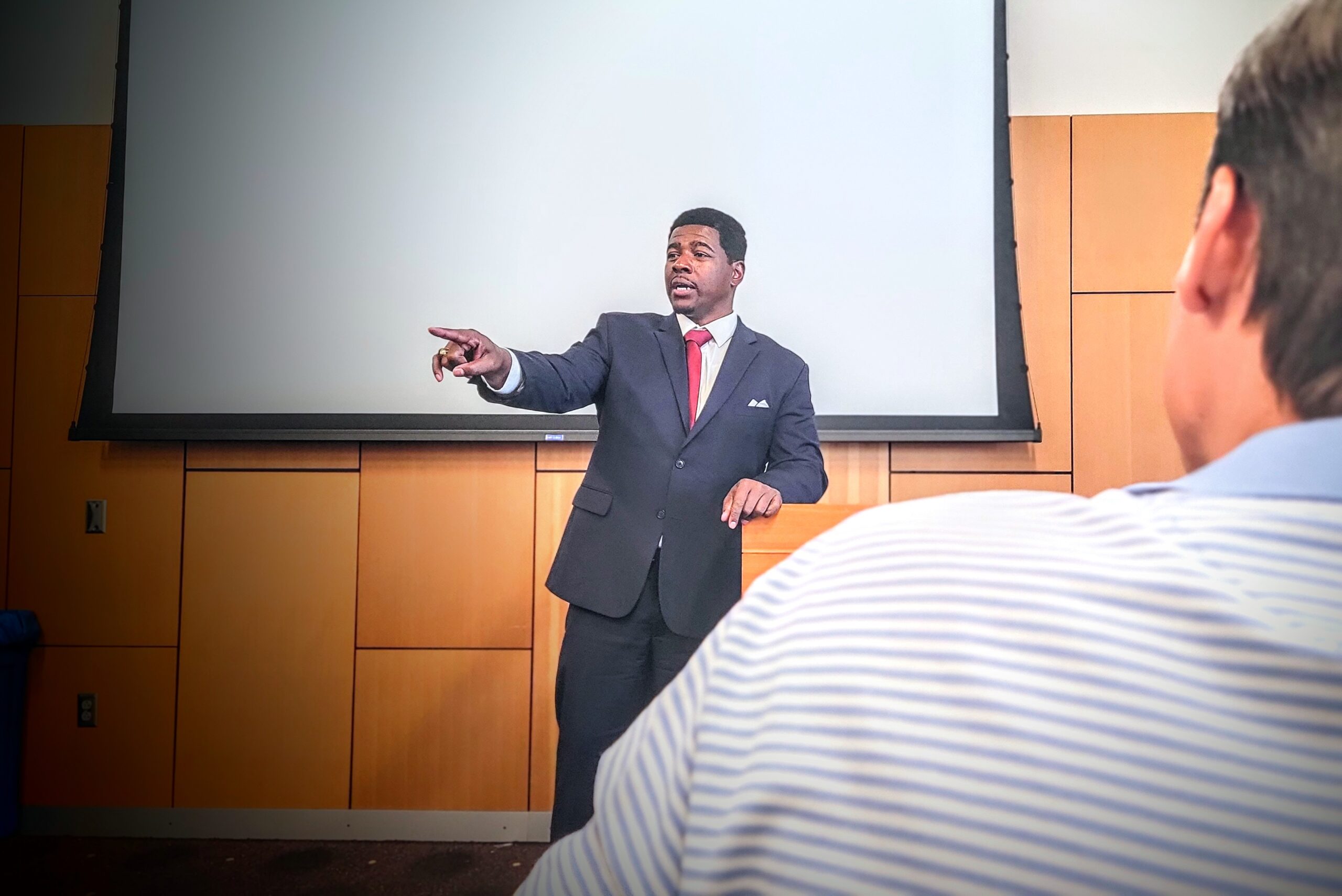 A Black Republican candidate for Congress in Arizona has triggered a social media sensation with an ad in which he fights off the Ku Klux Klan with an AR-15.

Former NFL running back Jerone Davison released a 30-second ad  Wednesday entitled “Make Rifles Great Again” that shows him preparing to confront a dozen Klansmen in white hoods as they attack his home.

“Democrats like to say that no one needs an AR-15 for self-defense,” says Mr. Davison in the ad. “That no one could possibly need all 30 rounds. But when this rifle is the only thing standing between your family and a dozen angry Democrats in Klan hoods, you just might need that semi-automatic. And all 30 rounds.”

The Mississippi-born Davison, 51, attended Arizona State University as a football recruit. He played a season for the Oakland Raiders, now the Las Vegas Raiders, then moved on to become a pastor, author and public speaker, according to his campaign bio.